Finding resilience through the dark.

Natural disasters, the Pike River tragedy, the Mosque attacks and a global pandemic are some of the big shocks that have put our sense of safety and security to the test, over the past decade. But through all the uncertainty, our kindergartens have continued to be a hub of connection for whānau and communities, offering a sense of stability for tamariki, and proving that resilience is possible, even in the face of unthinkable events.

For Kidsfirst staff and teaching teams, there was only one priority through those difficult days: ensuring kindergarten was still there for tamariki, in one form or another, and continuing to provide comfort and routines that are so important for young children.

“Sadly, Kidsfirst as an organisation, and our kindergartens have had a great deal of experience in navigating disasters, tragedies, threats to the community, and disruption,” says Kidsfirst Chief Executive, Sherryll Wilson, who has been at the helm of the organisation for over 25 years.

“While there have always been tough events to navigate, the past decade would stand out as one of the worst in our over 100 years of history.”

Ms Wilson recently paid tribute to the teaching teams and Head Office staff who helped tamariki and whānau through those difficult times -  something that demanded compassion, flexibility, resourcefulness and energy well beyond their day-to-day role.

“Some of the stories I’ve heard over the past decade, both the little and big things teaching teams have done in response to these events, have been enough to move me to tears. Partly, because of the deep sadness and loss, but also partly, out of pride at how well they handled things,” Ms Wilson says.

These events have put the network to the test, and showed how strong our Better Because Values of Whānau, Pride, Engagement, Inspiration, and Community truly are.

“Our values helped us stay focused on what mattered, even when it was hard to tell what the right thing to do was. This guided some difficult decisions and helped us see practical ways we could help - like offering additional free hours to whānau to help ease the hard times after Pike River and the Canterbury quakes.”

Ms Wilson says New Zealand’s kindergarten movement, with its charitable foundations in the late 1800s, was all about contribution to the community, and that focus remains today.

“People talk about the kindergarten difference, and there are all sorts of things that set it apart, and ways we do things differently. But there is something else that provides a foundation that is a bedrock to it all: an indomitable spirit that comes to the fore when times get tough.”

Kidsfirst Head Office staff and teaching teams reflected on how they responded to these notable events in a video created to mark the end of a very hard decade.

Kidsfirst Professional Leader Keryn Barlow speaks of how COVID brought forward a whole new set of challenges to the community.

“I don’t think anybody was expecting a pandemic - it’s one of those things that comes upon you, and you have to find a way to get through. We didn’t know what was going to happen, because we had never experienced it before. It was a case of taking it one day at a time and planning every step from there.”

Keryn says kaiako across the network showed strength during the pandemic - through their dedication, flexibility and their ability to readjust their teaching, with the wellbeing of tamariki always at the top of mind.

“As a Head Office team, we were incredibly proud of how our kaiako just got on with it. They did what teachers always do – they were agile and responded to what tamariki needed with absolute professionalism.”

She says navigating the changing alert levels, and figuring out new ways of teaching required teamwork.

“Everybody played their part and provided their whānau with what they needed. They were there to offer support and keep in contact with the community. We had a COVID response team at head office who worked out the policies, but the teaching teams themselves were creative in how they interacted with families.”

The many natural disasters over the past ten years, have yet again proved the resilience of our kindergarten whānau. Devastating fires, floods and earthquakes wavered everybody’s sense of safety, and had widespread impacts on our communities.

Kidsfirst Lincoln teacher, Joyce McHerron, says her team knew from the get-go the February 2011 earthquake was different from anything they had experienced before.

“We just looked at each other and said ‘this is a big one’, then all of a sudden there was shaking that just wouldn’t stop, we could tell it was going to be huge.”

Kidsfirst Bassett Street lost its building after the 2011 quake. Tamariki and teachers alike found new Kidsfirst services to call home. Kidsfirst Hoon Hay Teacher, Cathy Fraser, says everyone contributed where they could - which created an underlying sense of unity.

“After the earthquake, Head Office said ‘go where you need to go’, so I went to some of the other kindergartens and did what I could.”

Then, came the big job of finding a permanent space for the kindergarten.

“We spent lots of time driving around, and although everyone had their own needs, they came together to help each other out.”

Six years after the quakes, a wildfire broke out in the Port Hills and burned for sixty-six days, over 1600 hectares of land.

Former Kidsfirst Cashmere Head Teacher, Sandy Laffey, saw the fire when it initially broke out from their kindergarten backyard.

“The fire just went rampant, didn’t it? I could see it right at the back of us, the flames were coming over, and I didn’t want the children to see that - I don’t think they realised the enormity of it.”

One Kidsfirst Wales Street dad who helped fight the Port Hills fire came to talk with tamariki at their kindergarten after it was contained.

“His two children then very proudly stood up in front of everyone and showed us the dad who ‘saved us’,” says Head Teacher, June King, “There was a sense of pride as tamariki put together a present to commend the firefighters for their work.”

In early 2019, the Christchurch Mosque Attack shocked the entire country. It shattered the sense of safety, acceptance and inclusion New Zealand had long been known for, and caused a great deal of heartache for Kidsfirst whānau, whose loved ones and friends were killed or injured. Sadly, four year old Mucaad, from Kidsfirst Edmonds Smith Street was one of the victims who lost his life in the attack. At other kindergartens, tamariki suffered from the loss of family members and friends.

Kidsfirst Hawthorndon's Head Teacher at the time of the attack, Catherine Gerslov-Wright, says when their teaching team asked whānau what more the kindergarten could do to best support them, the answer was simple.

The kindergarten became a hub of community and meaning - not only for tamariki, but for families too.

“One of our kindergarten families had a surrogate grandparent couple who they were close to, and the husband died in the attack. His wife had been given a quilt, and asked if we would keep it - she wanted to give it to the kindergarten knowing it would be cared for here.”

Kidsfirst Avonhead Head Teacher, Andrea Sullivan, says offering help during tough times can help build others up and reinforce the relationships that make the network so strong.

“I guess that’s just the basis of what we do, our relationships and the support. When something happens to somebody in our community, of course we want to do what we can to help.”

She says the attacks highlighted the importance of making an effort to ensure everyone felt acknowledged and accepted. She added that one of the parents at Kidsfirst Avonhead was hesitant to wear her hijab before the attacks, but after seeing the response from the community, and how much everyone cared, she felt comfortable to do so.

“One of the positive things that has come from all of this is increased knowledge about the other cultures in our communities. Before the incident, one parent felt she couldn’t wear her hijab – but with more knowledge and support shown, she now feels that she can.”

Kidsfirst Hoon Hay Teacher, Cathy Fraser, says kindergartens are a natural hub for people during hard times, and it is humbling to be able to make a contribution.

“It’s about communities, connections and relationships - I feel honoured to be a part of that, having the opportunity to hear those stories, and make that a part of our kindergarten. Sometimes the best we can do is just be there for one another.” 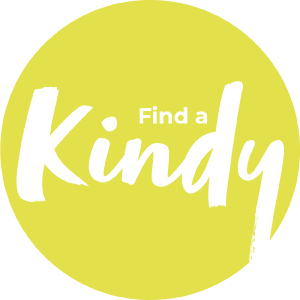 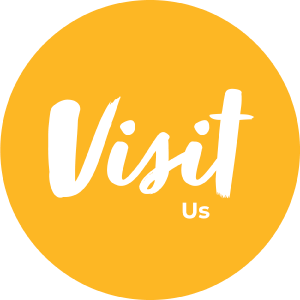 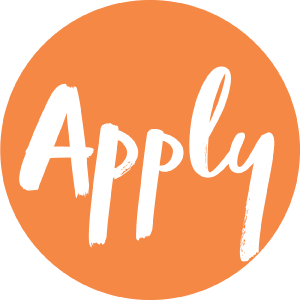